100,000 compound eyes, 200,000 wings and 300,000 legs. In the peak season in early summer, a colony of honey bees consists of up to 50,000 “citizens” in one beehive. What looks at first glance like a complete mess is actually a well-organised superorganism. All members of the community, whether queen, worker or drone, are aiming for the same goal: ensuring the survival of the colony and its offspring. To achieve this goal, the honey bees are divided into clear roles. 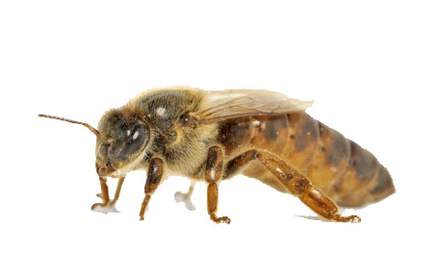 Each colony always has just a single queen. She lives for up to five years, and in this time she is the only one to produce offspring and she controls her fellow inhabitants in the beehive using a physiological drug, the queen substance.
Like the workers, queens initially emerge from fertilised egg cells. Throughout the entire larval stage, however, they are fed with a food produced by the nurse bees, the nutritious royal jelly, and reared in their own queen cells.

When the first queen hatches after approximately 16 days, she uses her sting for the only time to kill her rivals – a bee community can ultimately only have one queen. Then she goes on her nuptial flight with the drones and takes up to 10 million sperms into her spermatheca, once only. Afterwards, she lays up to 2,000 fertilised and unfertilised eggs per day in the designated brood cells. This equates to up to 200,000 eggs in a single season. Workers emerge from the fertilised eggs, and the new queen; drones hatch from the unfertilised eggs.

As well as laying eggs, the queen controls what takes place in the community by means of pheromones. The substance supports the learning behaviour of the workers, keeps them together (even during swarming), suppresses the development of ovaries and the rearing of new queens, and attracts the drones during the breeding season.

Each year the queen makes way for a successor. Before she leaves the hive in early summer in a swarm of thousands of bees, she lays eggs for her community in queen cells prepared for this. A new queen is raised. The swarm settles in a huge buzzing cluster and looks for a new home, much to the delight of the beekeeper, who can collect the swarm from the tree and who thus acquires a new beehive. But this also benefits the bees, as honey bees cannot survive in the wild with no home. 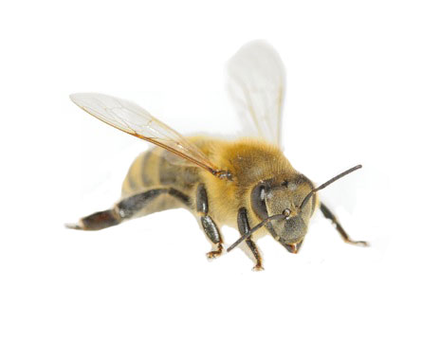 The majority of bees in a hive are workers, without which the queen and drones could not exist. These infertile females are only fed with royal jelly initially; later they have honey, nectar or pollen and a little water.
After 21 days the finished worker hatches from the cell complete with a venomous sting with tiny barbs for defence. Now she can live up to her name and work until she drops! In the six weeks of her summer life, she carries out almost all important tasks in the hive, depending on her age; in the quieter winter she grows older.

As a young bee she initially stays in the hive for up to three weeks, cleans the cells, takes nectar and pollen from the forager bees, feeds it to the old and young grubs, constructs new honeycomb out of wax, regulates the temperature and humidity in the hive and ultimately becomes a guard bee at the entrance to the hive. Only in the second half of her life is she primarily a forager bee away from the hive, searching the surroundings for nectar, pollen and water and providing those remaining at home with all life-sustaining delicacies. 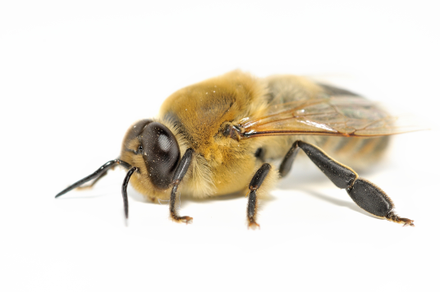 The male bees have a very difficult time in the bee community, not just because they are significantly in the minority. After they are reared in the spring from the unfertilised eggs, the drones’ only mission in life is to fertilise a queen. Initially they are able to take things easy for a few days. But in May, as soon as the stingless drone is sexually mature, this comes to an end.

Then he repeatedly competes with thousands of other males in so-called drone congregation areas to mate with a queen on her nuptial flight. If he succeeds, he uses his entire sperm supply and dies. In summer, at the end of the bee year, unsuccessful drones become socially isolated. The workers refuse to give them food, banish them or prevent their return to the community.

Beehives are works of art and the home of the honey bee. They are only rarely found in the wild these days – such as in hollow trees. Generally beekeepers provide the bee colonies with housing, known as beehives. Beehives consist of up to five wooden or plastic boxes (frames) stacked on top of each other, into which mobile wooden frames are placed as a basis for honeycomb construction. The flight hole is at the bottom, and the cover can be removed. 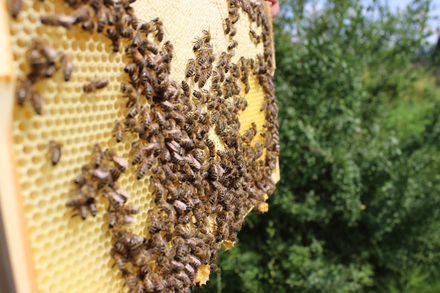 The workers then independently construct honeycomb in the wooden frames from the top downwards, using beeswax produced in their bodies, by exuding small wax scales, kneading them with their mouthparts and mixing them with their own glandular secretion. The wax scales prepared in this way are then seamlessly added to the existing honeycomb.

125,000 wax scales are needed for 100 grams of beeswax. This can be used to construct around 8,000 cells for the storage of pollen and honey, as well as for rearing young.

This geometric and architectural marvel is not just something for mathematicians. To start with, the cells are virtually circular or cylindrical. Only due to the heat created by the bees themselves do the cells become warm and elastic and naturally take on the most economical and efficient shape from an energy perspective – the hexagon.

As completed hexagons, the cells have a uniform wall thickness of just 0.07 millimetres and are always between 8 and 10 millimetres apart.

The young honey bees are raised in the centre of the beehive. As soon as the larvae are old enough, these brood cells are given a wax lid. The flower pollen is stored in the honeycomb cells beside and under this brood nest area and is not covered with a lid. Above are the honey stores in the honeycomb, which are also covered.

Throughout most of the year, the temperature in the beehive is at an optimum 35° Celsius. In combination with the density of insects in the enclosed space, these are the ideal conditions for the spread of disease. But the bee is well prepared for this too. It makes cement (propolis) out of tree resin and pollen, which it uses to seal small holes, crevices and cracks so that pests are kept out or killed off. The inside of the brood cells is also covered with a fine film of propolis. If it gets too hot in the nest, bees at the flight hole create a cooling flow of air using wing movements. The cooling is intensified through the evaporation of water, which is provided by the forager bees. If it gets too cold in the nest, the bees (heater bees) increase the temperature in empty cells between the brood using muscle vibrations.

A honey bee’s year follows a strict sequence, depending on the location and weather:

August/September: The care of the winter brood starts. By laying on fat and protein reserves, these bees live longer and are better equipped to survive the winter. The drones are driven out of the colony.

October to February: A cluster of bees forms across several honeycomb spaces. The bees consume the stored honey, keep the queen warm and feed her. In late winter a new brood is created. As soon as the outside temperature is above 10° Celsius, the first reconnaissance flights begin. If pollen is available, brood rearing starts.

March/April: The long-lived winter bees are replaced by young summer bees. Once the bees are harvesting more food than they are using, stores are created. Drone rearing begins, and the beekeeper starts harvesting honey.

May to July: The development of the bee colony reaches its peak. The colony creates queen cells and prepares for the community to split into swarms.