These days, as well as classic beekeeping in the countryside, beekeeping is increasingly appearing in urban areas and is growing in popularity – to everybody’s advantage. But public awareness of the importance of beekeepers for our well-spread tables is not as extensive as it deserves to be. Ultimately the health and number of bee populations in this country starts and ends with the passionate, knowledgeable work of the beekeeper.

Beekeeping, for example in Germany 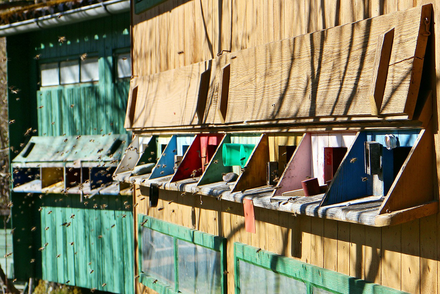 Anyone can be a beekeeper. Specific training, for example in animal husbandry focussing on the subject of beekeeping, is not strictly necessary. Extensive prior research, attending courses and ideally practical experience with seasoned beekeepers are, however, very much recommended. Beekeeping is a time-consuming activity, especially in spring and summer. Generally the work is oriented around the bees’ year and is a constant cycle. You spend lots of time outdoors and should not be afraid of insects. There is a reciprocal relationship between the bees and the beekeeper. The beekeeper harvests the honey and other products made by the bees in the summer. In return, he or she gets the bees safely through the winter by feeding and caring for them and providing them with suitable housing (beehives). 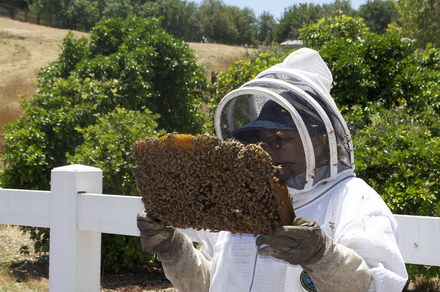 One of the most important and sensitive tasks of a beekeeper is dealing with pathogens appropriately, especially the varroa mite, which requires a great deal of experience.
Bee breeding is not typical for an amateur beekeeper; it is generally done by professional bee institutes and large-scale beekeepers. Here the priority is to breed healthy, resistant colonies and the targeted breeding of queens.