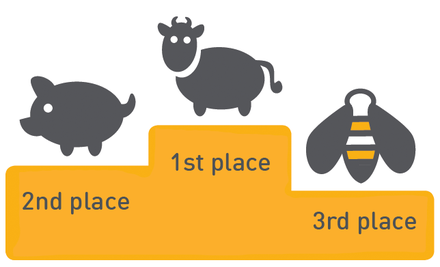 The honey bee is under threat. Some populations around the world have been and are in huge decline, a worldwide bee death is an issue that needs to be taken seriously. Conservationists, scientists and beekeepers are concerned and are looking for causes and preventative measures.

After all, bees can be imported, but their pollination work cannot be. Pollination by bees is not a free service, but one we must invest in so as to protect and preserve it. Figures make the economic and ecological importance of the honey bee clear.

of bee colonies disappeared in the USA in 2007

of European bee colonies have died over the past few winters

Causes of the decline in bees 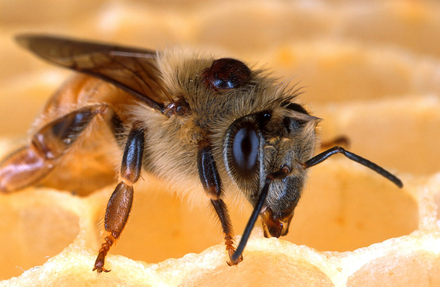 It is not easy to answer the question of why whole bee populations are dying, and there is no consensus among experts. But they are in agreement that several factors are promoting disproportionately high death rates. And also that a healthy bee colony can usually deal with most diseases.

In first place is the varroa mite, which was accidentally introduced along with bee imports at the end of the 1970s in numerous countries in Europe and is now the number one threat to our honey bees. The tiny parasite is 1.7 millimetres in size, multiplies on the brood and feeds on the blood of the bees. The mite transfers further disease pathogens via the bite wounds. The bees are weakened and the drones even become infertile.

This aspect makes one development of the last century evident: by importing whole bee colonies into new regions, new disease pathogens have been and are being accidentally introduced too. The originally self-sufficient bees are now only capable of surviving as “domesticated” animals in the care of judicious and competent beekeepers.

Like man, the bee lives on a varied diet. The more varied the food available, the more resistant the bees are to disease. The intensive use of the cultivated landscape and the increasing development of monocultures reduce habitat diversity. If all nectar providers flower at the same time and for a short time only, the remaining months become periods of famine for the animals. In order for the bees not to starve, they are dependent on a habitat rich in diversity, with a wide range of flowering plants throughout the year.

New pesticides to protect plants in agriculture are also problematic to bees. But the cause and effect relationship of many toxins is not clear. We do know, however, that even small amounts of pesticides have an effect on the nervous system of the insects and influence their natural orientation abilities. The forager bees leave their hive and cannot find their way back to the colony with their orientation impaired.

The impact of other changing environmental conditions on the health of bees, such as air pollution, electromagnetic radiation and climate change with earlier flowering periods, is currently being researched. Initial results suggest that it is not going to get any easier for honey bees to survive in future.